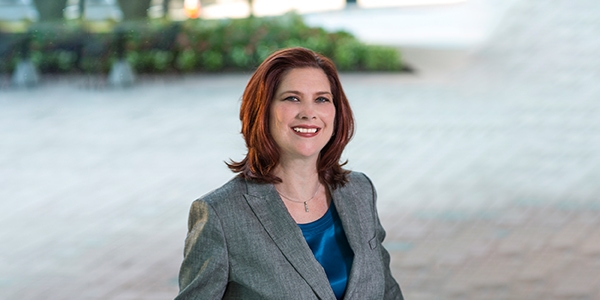 Racquel Roberts has been promoted to Chief People Officer at Purchasing Power, LLC, one of the fastest-growing voluntary benefit companies offering a leading employee purchase program through the convenience of payroll deductions. In her new role, Roberts will continue to oversee the company’s culture and talent strategies while ensuring alignment with business objectives.

"Racquel has been instrumental in establishing the company’s culture and introducing programs that support its continued evolution," said Carrano. "Her ability to support and direct the unprecedented expansion of Purchasing Power has seen our head count more than quadruple while still meeting the needs of our employees. This growth is a direct result of her strong business acumen and her people-first approach."

Through the course of her tenure, Roberts developed an HR strategy that better connects human resources with business objectives, resulting in the expansion of the human resources team to include expertise in employee learning & development and internal communications. Roberts was instrumental in developing Purchasing Power’s first mission statement with core values as well as an updated purpose and nine "Super Powers" that guide the organization. Additionally, she spearheaded successful people management initiatives that helped the company achieve 10 consecutive years among the Inc. 5000 annual listing of the fastest-growing private companies in America.

Prior to joining Purchasing Power, Roberts served as the human resources manager of Sibley Heart Center Cardiology, a subsidiary of the nationally ranked Children’s Healthcare of Atlanta. She also worked as a human resources manager at CapMark Services, a global commercial mortgage company, and as a communications manager at Lend Lease, a listed property group specializing in project management and construction, real estate investment and development.

Roberts received a bachelor of arts degree in social science from Georgia College and State University. She also earned a Senior Professional in Human Resources® certification (SPHR), credentialed by the Human Resources Certification Institute (HRCI), and is a Society for Human Resource Management Senior Certified Professional (SHRM-SCP). She is an active member of SHRM, the Association of Talent Development (ATD) and the Corporate Executive Board (CEB).